On Saturday, 15.02.2020 the Mori Ogai tournament took place for the sixth time. Compared to the previous year we could more than triple the number of participants. It is always a special event when people come together for something that connects them. 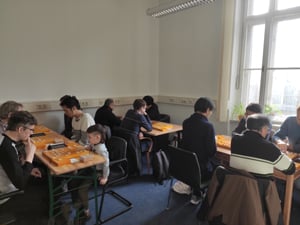 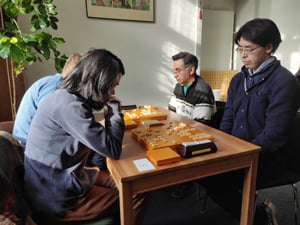 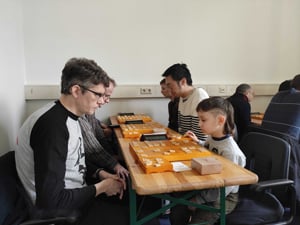 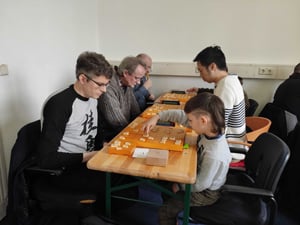 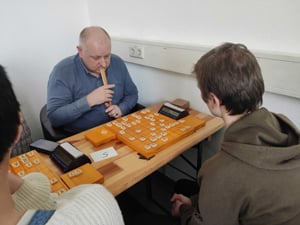 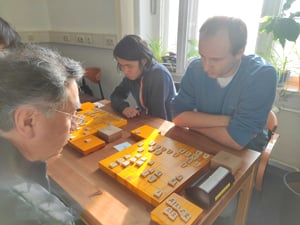 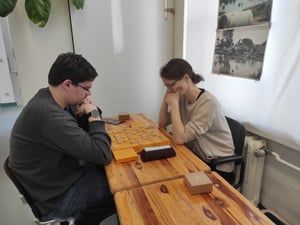 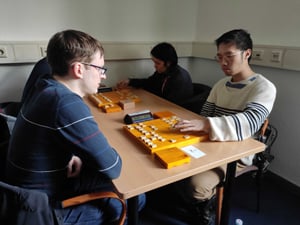 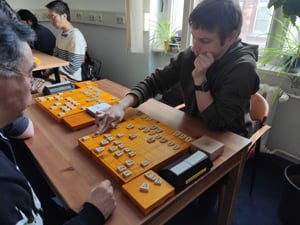 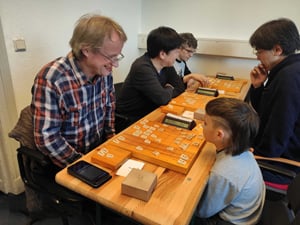 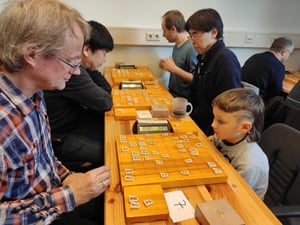 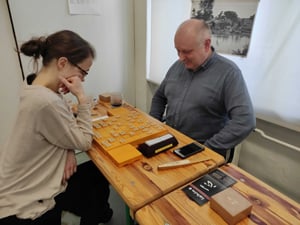 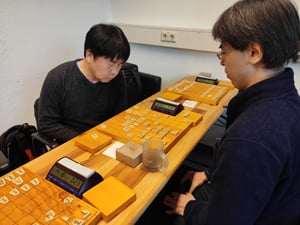 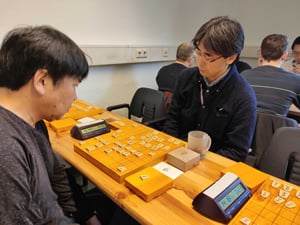 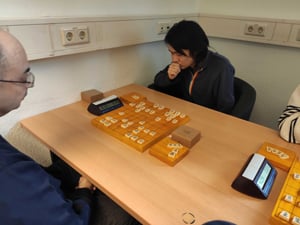 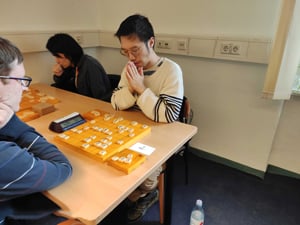 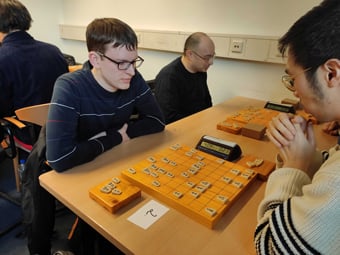 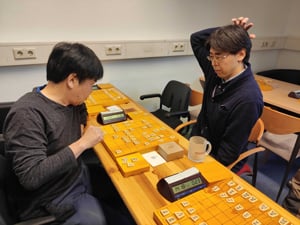 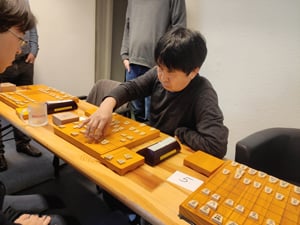 As last year, special thanks to the Humbold Initiative, which was kind enough to provide us with suitable rooms at Ziegelstraße 5, 10117 Berlin-Mitte. Without their support the tournament would not have been possible.

This time the players were made up of six nationalities. Especially worth mentioning are the Eastern Europeans from Slovakia and Belarus, who came all this way to participate in the tournament.

At 10am a small registration phase started and half an hour later the first rounds were played. At lunchtime at 13:30 we ordered delicious sushi together at ishin. We were very satisfied. 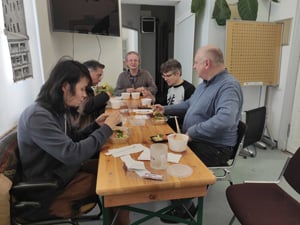 At 14:30 the next rounds were hot again. There was a lot of laughter and one or the other drop of sweat. At the end of the day we went to the restaurant Deponie No.3 for dinner. Especially the historical décor impressed us very much and in combination with the food it unfolds its very own charm.

Not quite unexpectedly, Mirnik Boris has once again become the sovereign winner of the tournament. Fabian Fichter has become best Kyu player and Shingo Masuda, our newest club member, did a fantastic job in his first official tournament and will be honoured as best newcomer. We were also very happy about the youngest participant Stepan Boykov who receives a medal of honor for his participation. He is not even seven years old and will certainly play a big role in the Shogi world in the future. 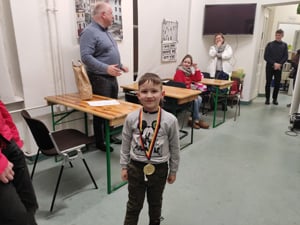 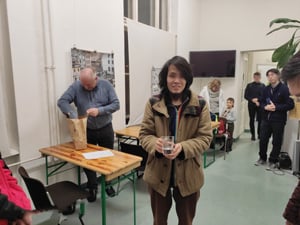 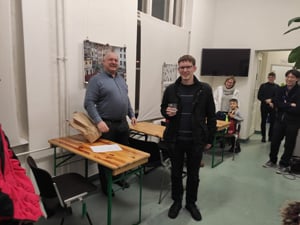 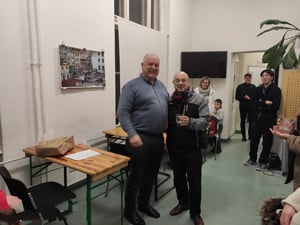 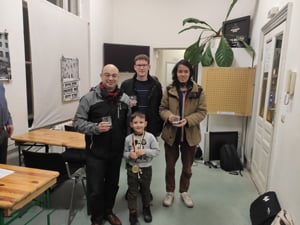 If you are interested in analyzing the games or improving your shogi skills, we invite everyone to join our weekly meeting on Thursday. Together we can reflect on game situations and move decisions.

We are happy to have hosted the tournament again and thank all organizers, supporters and participants for their time. Do you have any suggestions, wishes or thanks for us? Then simply write us an E-Mail. We are looking forward to a message from you! See you next time!

This Saturday, February 1st, the big Anime Flea Market took place for the fifth time held in the Märkisches Viertel. Shogi should also be offered there this year in the play area. Of course we were happy to provide material and to advertise our small club. A small side effect: unlike other events there were regulars among the organizers who could explain the game to interested parties. 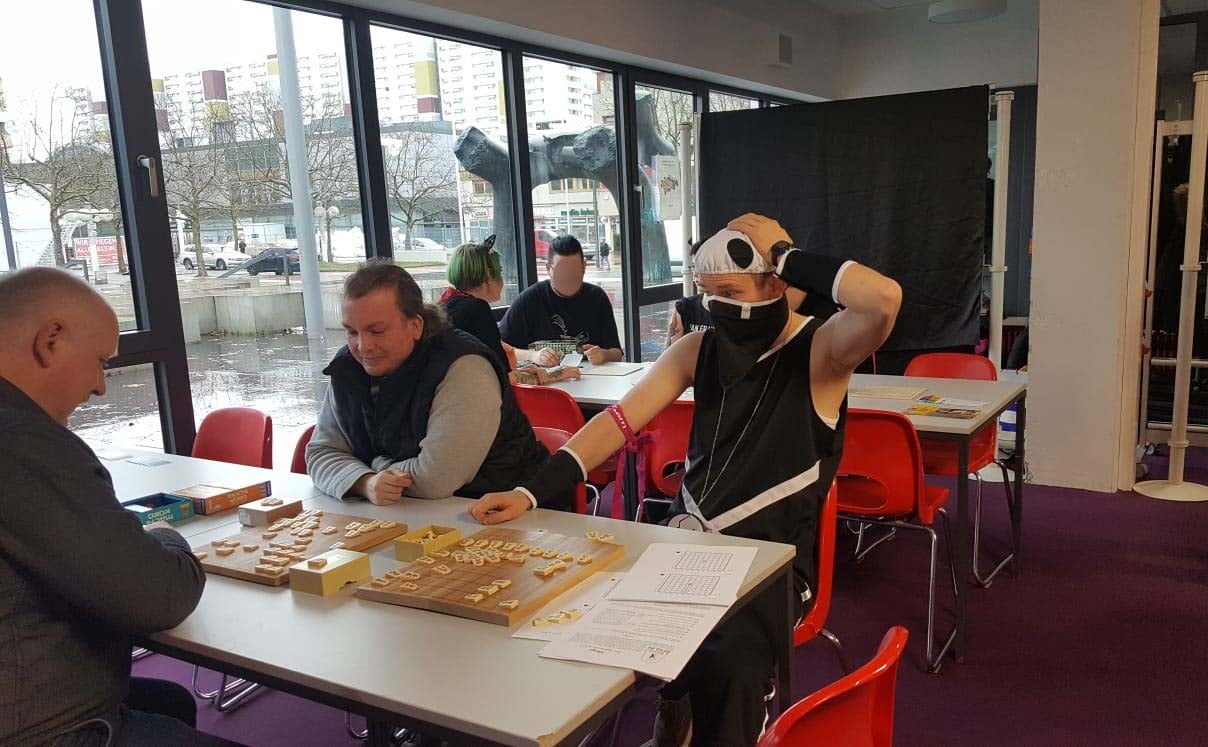 So we could play whenever we wanted and otherwise embark on the hunt for treasures and trash. Whether one of the astonishingly large number of interested people with us in the The Humboldt Initiative? No idea. But at least I have enough to read for the next few weeks. :-)

We continue to actively operate Shogi this year. For this, our player Fumihiro did his best and present some Tesuji's from the book "Habu no Housoku 1 Fu KinGin no Tesuji" selected by the author Habu Yoshiharu. Tesuji's means getting the most out of a current position. 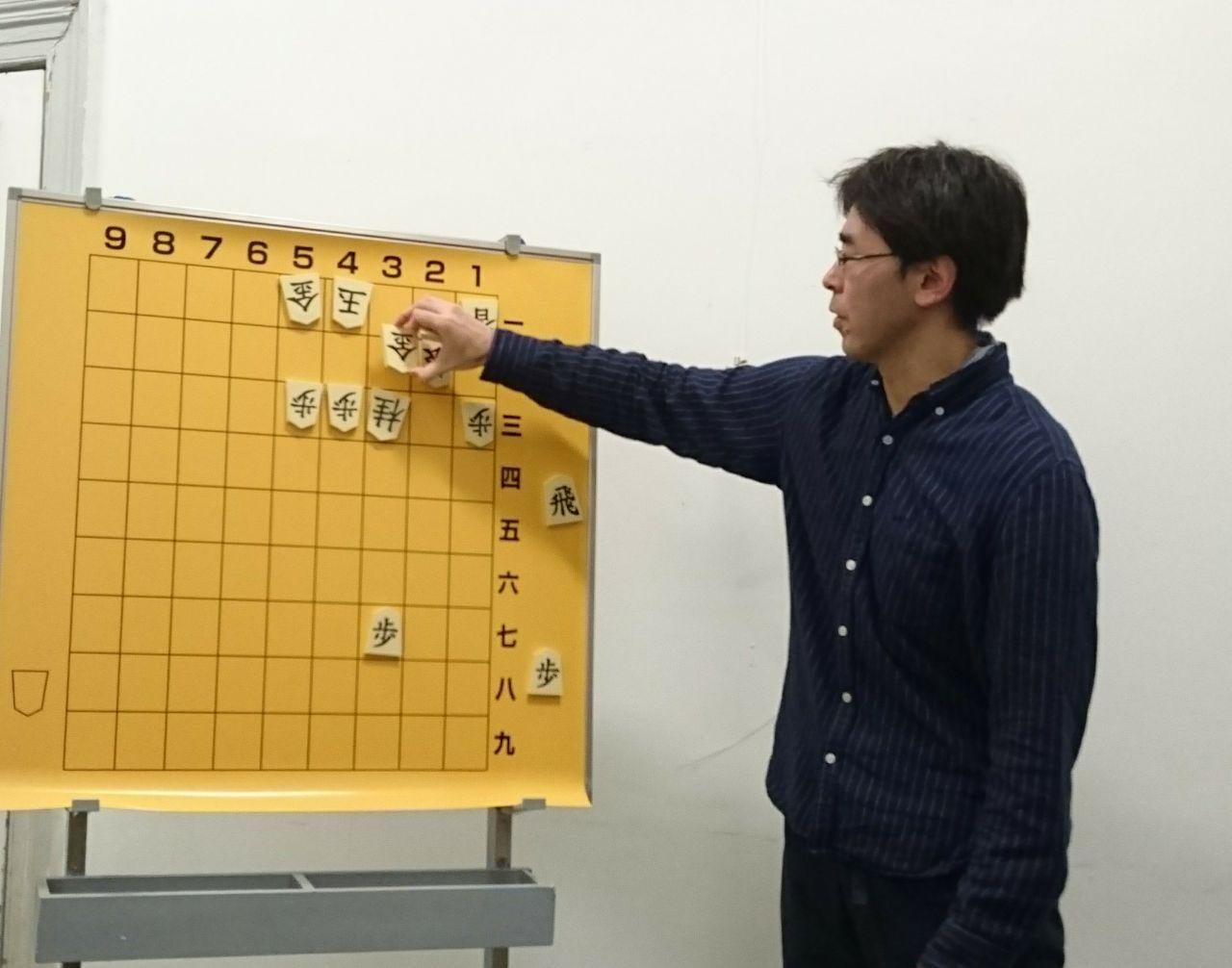 In total, Fumihiro introduced us to 6 Tesuji's. After a relaxed start, the next 4 were quickly resolved. Only at the last one there were almost as many answers as spectators.

Many thanks to Fumihiro for making the effort.